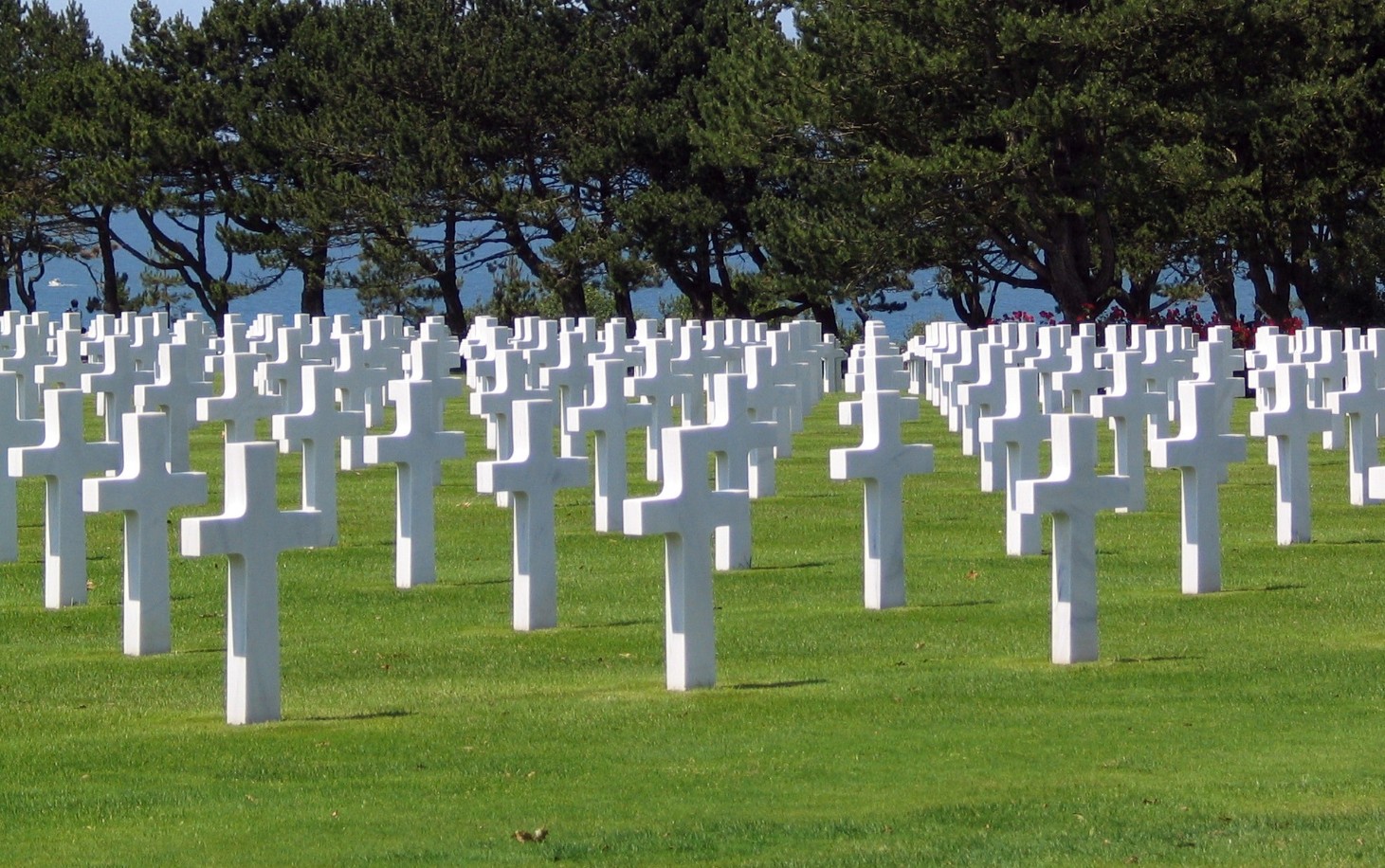 The Arlington National Cemetery is the most prestigious military cemetery in the United States. Located in Arlington, Virginia just outside the nation’s capital, the land in which the cemetery encompasses was once the home of Civil War Army General Robert E. Lee. There are several memorials on the grounds including the Tomb of the Unknown Soldier, Nurses Memorial, Pentagon (9/11) Memorial, and JFK Eternal Flame. Additionally, there is a monument dedicated to U.S. service members whose remains were never identified. The National Cemetery is currently the permanent resting place for over 400,000 active-duty members of the United States military and veterans 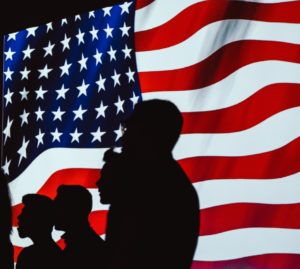 Shadowed figures stand in front of the American flag at Arlington National Cemetery.

Arlington National Cemetery is considered by many to be one of the most historic and sobering sites our nation has to offer. From its inception, the cemetery has had a unique link to both the current day as well as our nation’s founding. George Washington Parke Custis, who was the adopted son of General George Washington, came to own the land that would later become the National Cemetery in 1802. He began the construction of the Arlington House, which was named after the town in which his family hailed from in England. In 1857, the property was handed down to George Washington Parke Custis’ daughter, Mary Anna, who married Civil War General 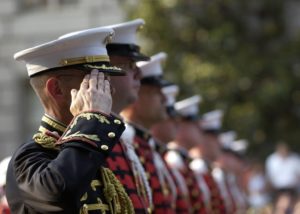 Line of military members with the last member saluting.

Robert E. Lee. Upon the death of Custis, it was documented in his will to allow Mary to live at the Arlington Estate for the remainder of her life. Upon her death, the Arlington estate was then passed to her eldest son, George Washington Custis Lee.

Visiting Arlington National Cemetery is an experience like no other and a must-see for all visiting the Capital region. It should be noted that this is the final resting place for those who have made the ultimate sacrifice to our country. Activities such as running, bicycling, picnics or sports are not permitted in the cemetery. Vehicles are also not permitted in the cemetery without special permission or a grave visitation pass. 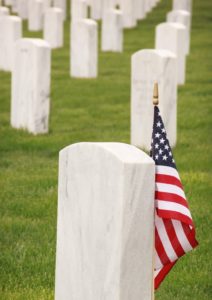 White gravestones in Arlington sit neatly in a row with an American flag perched next to one.

Parking is available to the public at a rate of two dollars per hour payable by cash or credit card. If you are looking to avoid the parking fee, the metro rail provides easy access to the cemetery via the Arlington National Cemetery metro station on the blue line. Stopping to eat before your visit would also be a good idea due to the fact that food and beverages besides water are not permitted. For individuals with documented disabilities, the tour bus can be accessed free of charge. Accommodations can be made to have a tour given in American Sign Language for those with hearing disabilities provided that notice is given one week in advance. For a more complete list, please visit the Arlington National Cemetery website.

If you plan on visiting the capital region, we would love to host you at our Washington D.C. Inn located just half a mile from the Dupont Circle metro station. Using the metro makes for a quick and easy commute to historical sites in the Capital such as the Jefferson Memorial, Arlington Nation Cemetery, Capitol Hill, The White House and many other attractions in Washington D.C. Situated on the fence between Adams Morgan, Dupont Circle, and Kalorama, our guesthouse is within a 10-minute walking radius to diverse restaurants, the Washington Zoo, and endless photogenic streets with warmth and character. As you prepare for your visit to D.C. we would love to welcome you.