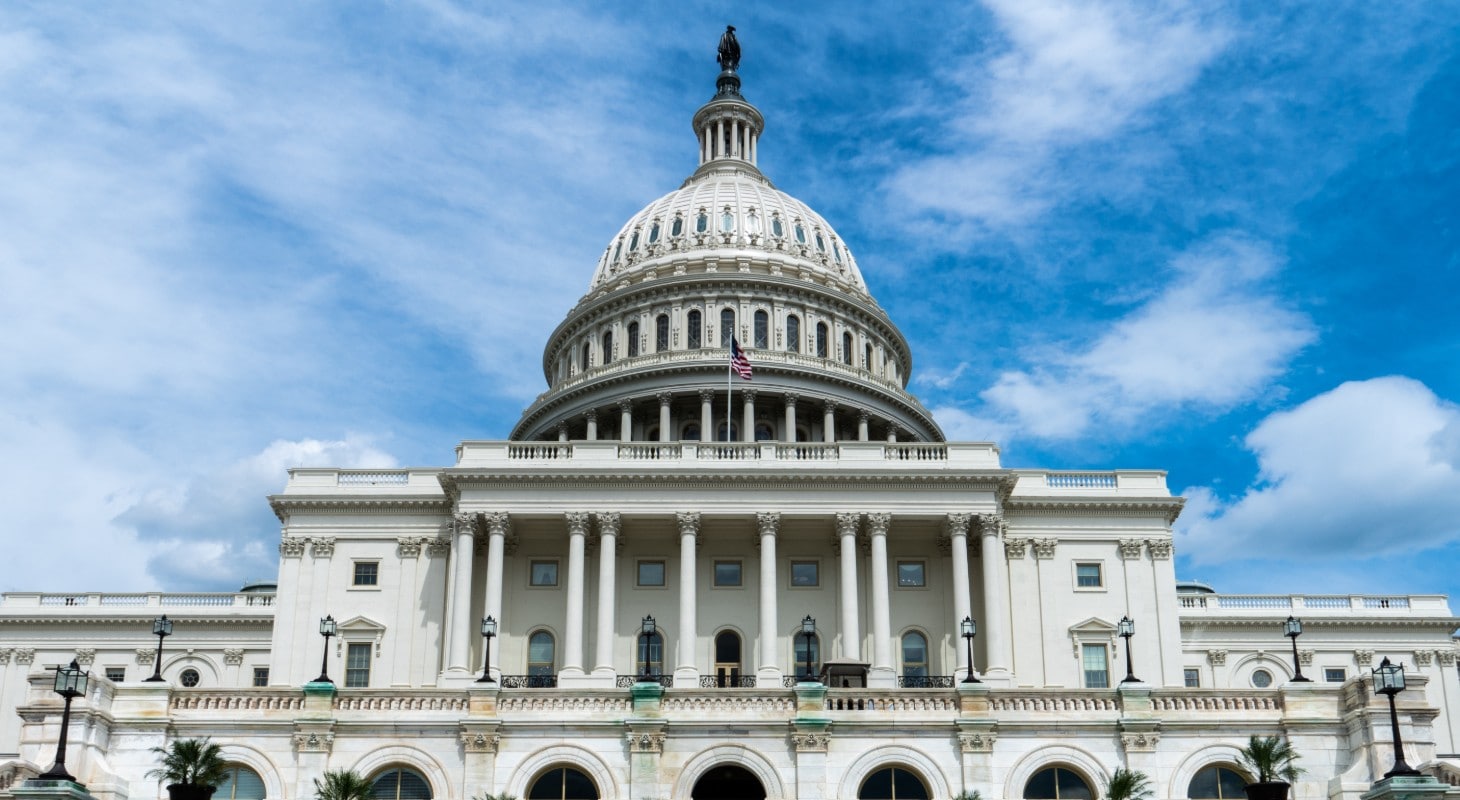 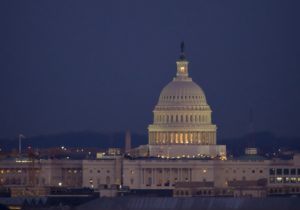 The United States Capitol Building is one of the most visited institutions in the District of Columbia. The U.S Capitol is a national historic site that is comparable to many of the museums throughout the district. It is also a working branch of government that is home to our congressional lawmakers. Congress is comprised of the United States House of Representatives and the United States Senate. It is the responsibility of these two legislative branches to introduce legislation that will eventually become laws.

The United States Capitol behind the Peace Monument

Located on the eastern side of the National Mall, The United States Capitol was originally built and completed in the year 1800. Pierre Charles L’Enfant was expected to design the Capitol, but he was relieved of his duties in 1792 due to his refusal to work with the Commissioners of the Federal Buildings. The Secretary of State Thomas Jefferson and President George Washington suggested a competition that would award five hundred dollars and a portion of land to whoever produced the winning concept.

Dr. William Thornton, a physician requested an opportunity to submit his plan after the competition had ended. The Commissioners granted his request and President Washington approved the plan. After the completion of both wings, the Capitol Building was burned by the British in the 1814 burning of Washington. Being the United States Capitol Building, reconstruction began immediately after in the year 1815. This included a redesigned section for both the Senate and House, which was completed in 1819. By the year 1850, the original Capitol Building could no longer house the increasing number of Representatives and Senators so another competition was enacted to find a suitable plan to add an addition onto the Capitol Building.

This addition also incorporated the larger dome that houses the rotunda. Due to the previous disaster that took place the new dome was constructed of fireproof iron. Being the historical landmark that it is, the Capitol Building has gone through numerous projects and restoration efforts throughout the years. the most recent being in 2012 when the dome was being restored due to the over 1300 cracks that were found in the dome. 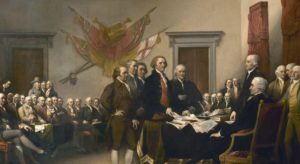 A painting of the founding fathers signing the declaration of independence.

Capitol visitors are welcome to enter through the Capitol Visitor Center which is located on the east side of the Capitol. The CVC Capitol Visitor Center is open from 8:30 AM to 4:30 PM Monday through Saturday. If touring the Capitol it would be wise to review the list of prohibited items which include all liquids, food aerosol containers, non-aerosol spray containers, any pointed objects such as knitting needles or letter openers, weapons of any kind, mace or pepper spray, box cutters or razors. Security at the Capitol is very tight as one would imagine. The Capitol tours take roughly one and a half hours to complete and it is a walking tour. For those with disabilities, the Capitol has a wide array of accommodations to those with various disabilities including mobility, vision, and auditory disabilities

Located on the National Mall, The United States Capitol is extremely accessible by public transportation to our guests. Located just a short 10-minute walk from our bed and breakfast, Dupont Circle metro station will get you there. Take the red line where you can transfer to the silver line to get to the Capitol South station. There is parking available at paid meters on a first come first, serve basis. We hope that we have been helpful in planning your Washington DC vacation and would love to have you as guests at our bed and breakfast near Dupont Circle.