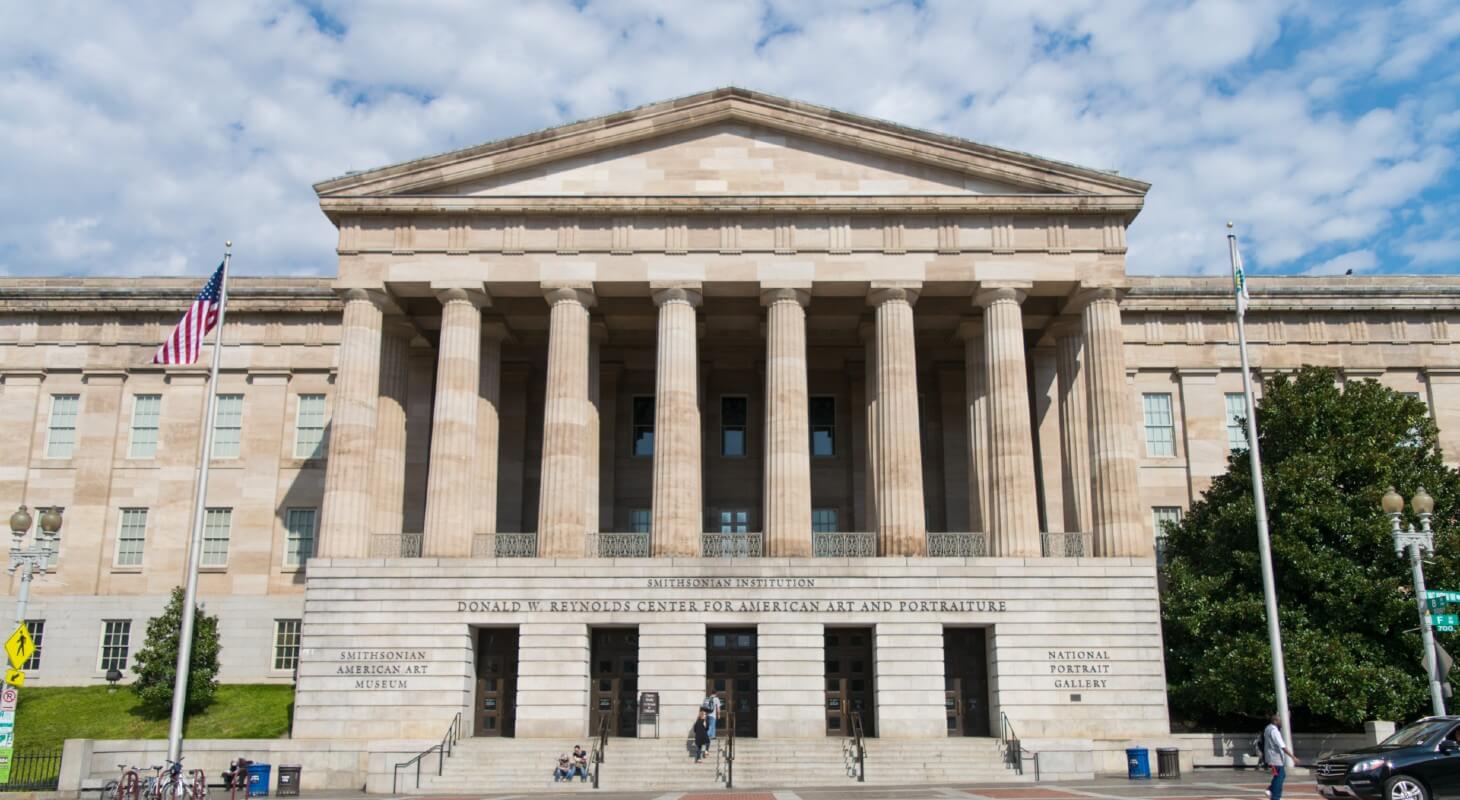 The Smithsonian American Art Museum is one of the largest collections of American Art in the world. It features more than 7,000 artists. The galleries highlight famous periods of American history through art commissioned to capture them. For example, “Experience America” is a series that the Federal Government commissioned. Its intent was to capture scenes of everyday life in America in 1934. This was part of a federal program designed to put artists to work in the 1930’s, was one of our nation’s hardest and most trying domestic decades. 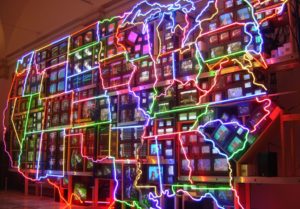 The museum also features one of the most iconic pieces of American art, Nam June Paik’s “Electronic Superhighway.” The piece depicts America through the artist’s eyes. Paik was born in Korea. He moved to America in 1964 when he was in his early 30’s and created this iconic art piece in 1996. Electronic Superhighway depicts Paik’s vision and experience in the US. It also famously represents his vision of America’s future. He predicted that in the future communication would have no boundaries because of technology.

The gallery features work by many other famous American artists. These include Edward Hopper, Georgia O’Keeffe, Willem de Kooning, Gene Davis, and Horatio Greenough, to name a few. 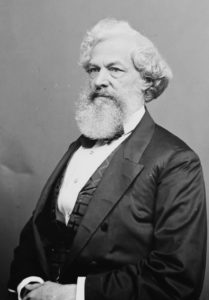 The museum was originally housed in “The Castle” which is one of Washington D.C.’s most famous historic buildings. Over time the museum and collection grew. As a result of this, the need for more and larger buildings arose. The current building was first opened to the public as The Smithsonian American Art Museum in 1986. It was previously the site of the Patent Office and was designed by two renowned American architects named Robert Mills and Thomas U. Walter. They are most famous for designing the Washington Monument and the United States Capitol. The Smithsonian American Art Museum is a national historic landmark.

The Smithsonian American Art Museum has been renovated multiple times, with a major renovation taking place during the 1990’s. The most recent renovation began in 2000 and continued until 2006. It focused on restoring the Athenian-style porticos, the famous double curving stairs, and the massive skylights that stretch as long as a full city block. The 2000’s renovation also added new wings and a courtyard.

Visiting The Smithsonian American Art Museum is free. The hours are 11:00 am to 7:00 pm daily, 364 days a year. December 25, Christmas Day, is the only day the museum is closed. The galleries on permanent display at The Smithsonian American Art Museum are “Experience America” and “Galleries for Folk and Self-Taught Art.” They also feature rotating temporary exhibits. These temporary exhibits are on display for around 3 months at a time. They highlight American people, nature, industry, and history.

The museum offers a variety of activities and classes. There are tours that focus on the most prominent art pieces in the museum as well as tours meant to dive deeper into a collective analysis of the art. You can join the weekly sketch group at 2:30 every Tuesday. An instructor will offer a creative prompt and sketching tips. You do not need any experience to attend. There is no registration required.

The Smithsonian American Art Museum website has a full calendar of events and classes.

The Smithsonian American Art Museum offers family-friendly exhibits on every floor. Many of the 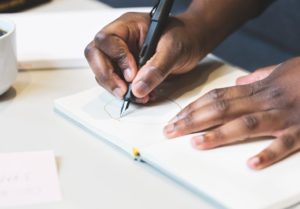 exhibits are tactile or feature a way to make your own art.

You can find a bite to eat at the Kogod Courtyard Café, which serves a seasonal menu featuring modern and classic takes on American cuisine. The café offers a children’s menu.

The Smithsonian American Art Museum is located at 8th and F streets NW. It is walking distance to the National Mall and the White House. It is easily accessible from our bed and breakfast via the Red Line Metro or the 42 Bus which stops on our block and directly in front of the Smithsonian American Art Museum. Our Washington D.C. Hotel is in close proximity to national monuments and Dupont Circle, as well the Adam’s Morgan and Kalorama neighborhoods. We are less than 1/2 block away from the Washington Hilton. We hope we were able to help you plan your Washington D.C. activities and hope to have you stay at our D.C. lodging.