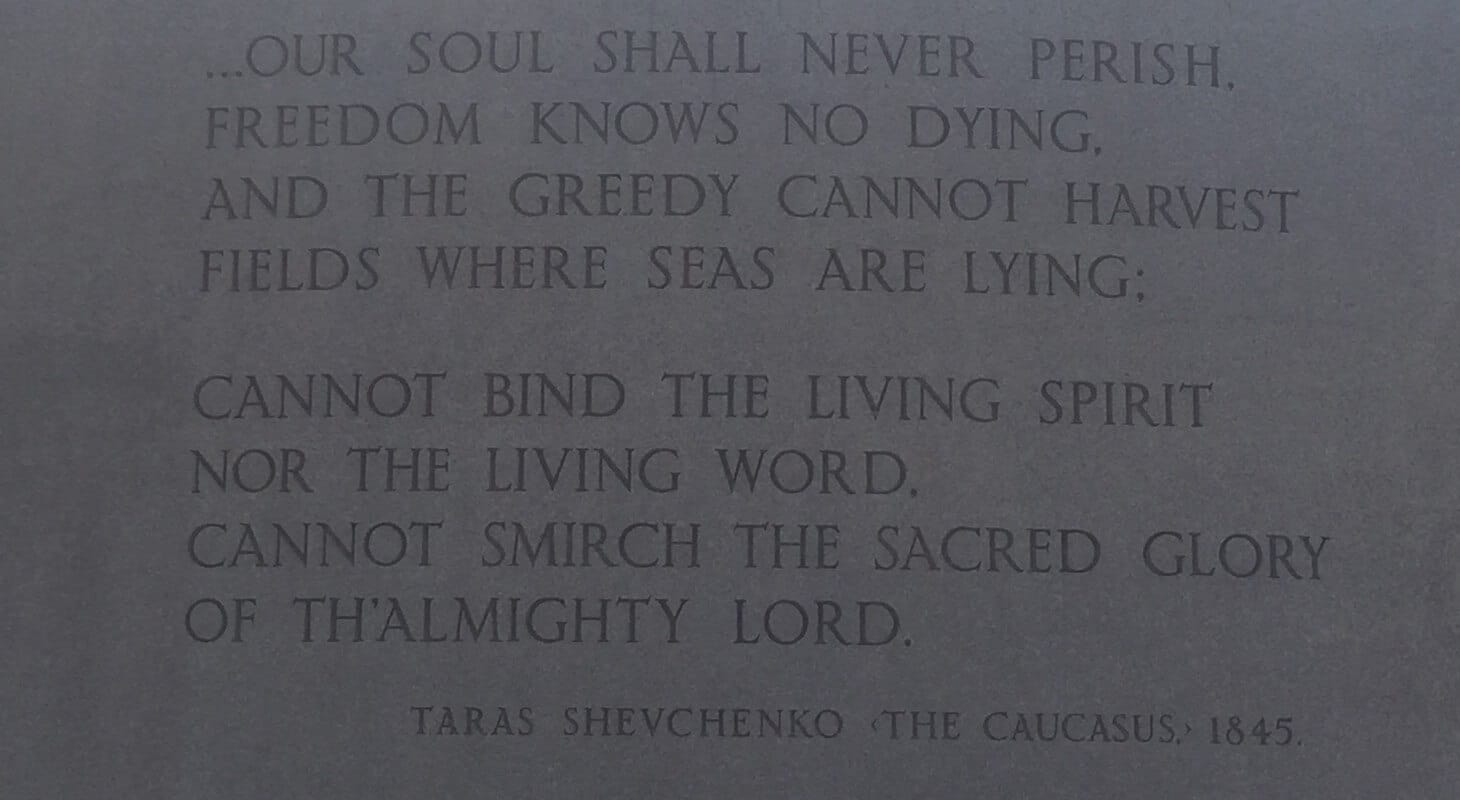 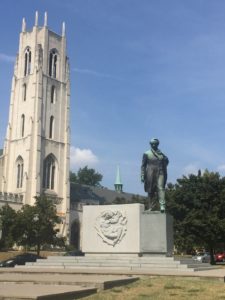 The statue dominates a traffic island by the corner of P St and 22 St. A series of shallow steps lead up to two works. The first is of an imposing man in a long coat stepping forward with his right foot. The pedestal beneath him explains the reasoning for the statue’s installation. Immediately next to the statue is a curved slab of stone. The front depicts a largely nude man curled in on himself. His hands and feet are shackled and his eyes stare out at the viewer. The back of this stone has an expert from Taras Shevchenko’s poem ‘The Caucasus.’

The imposing nature of this monument makes it an ideal landmark and meeting point. The surrounding area also has plenty of places to sit and rest, or just read a book for a while.

Taras Shevchenko lived from 1814 to 1861. He was born into serfdom in Ukraine and purchased his freedom in 1838. At this point, he was living in St. Petersburg, Russia, where he was serving his master and studying art. Inclined to the arts from a young age, Taras Shevchenko had skill both as a painter and a poet. Further visits to Ukraine resulted in increasing awareness and anger of the oppression of Ukraine by Russia at that time. This became a major theme in his work and is why he is remembered as the Bard of Ukraine today.

However, the anti-tsarist themes in his poetry resulted in his military exile in 1847. He was not allowed to live in Ukraine for the rest of his life. However, he continued his work for Ukraine from exile under difficult circumstances. Taras Shevchenko had a major impact on both Ukrainian literature and the modern Ukrainian language. 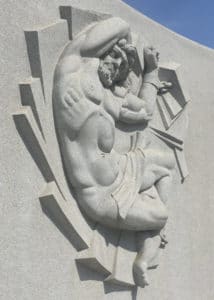 The memorial opened in 1964 on the 150th anniversary of the poet’s birth. The statue was of importance to the Ukrainian American community, resulting in a well attended and celebrated unveiling of the memorial. The Washington Post and others criticized the statue installation as Taras Shevchenko was anti-semitic and praised by the Communist party.

Our quaint DC bed and breakfast is a 15-minute walk from the Taras Shevchenko memorial. Fall is the perfect time to explore DC by foot, and you can stop by the memorial on your way to Georgetown or the White House. We hope you will book your stay with us during this lovely weather.