Our historic Washington DC hotel knows just as well as anyone else that DC has a lot of amazing history, especially when it comes to one of America’s most iconic buildings: The White House. Some White House facts you can learn in a typical history textbook, while others you can learn right here in our American Guest House blog! Below are three fun facts about the White House you might not have learned in history class: 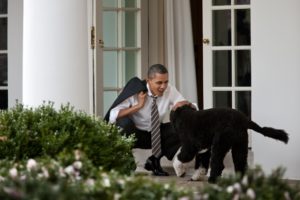 While plenty of presidents have had perfectly normal furry family members (like the Obama family’s two dogs Sunny and Bo), there have been a surprising amount of presidential pets that don’t quite fit the status quo. Take U.S. President Calvin Coolidge, for example, who owned a hippopotamus named Billy, or President Theodore Roosevelt’s pet badger, Josiah. But perhaps most interesting is the fact that the White House has supposedly housed three alligators. John Quincy Adams, sixth President of the United States, was gifted an alligator from a French military officer that he used to keep in the bathroom of the East Room. Then President Hoover allowed his son Allan to own not one but two gators while living in the White House. I bet the locals zoos have a history of being jealous.

When Thomas Jefferson became president, he wanted to make sure the White House was not just an untouchable mansion but instead known as “the people’s house“. He made it so that anyone could take a stroll on the lawn. One of the main attractions to the White House was actually artifacts Jefferson had displayed from the Lewis and Clark Exposition, including taxidermy bears. Many presidents followed in his footsteps by having their wives greet the public at the door during lunchtime. Once, President Andrew Jackson had a public event in which he invited everyone into the White House to help him eat 1,400 pound block of cheese. Oh, how times have changed. 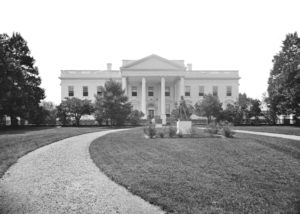 Before calling it the White House was the norm, the house was generally known as the President’s Palace or in formal occasions, the Executive Mansion. The name White House was merely a nickname until Theodore Roosevelt made it official by having the words “White House–Washington” engraved on his stationary in 1901.