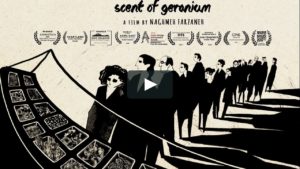 If you’re like me, you love the idea of film festivals, but when it comes to watching things in succession you have the attention span of a five year old. That’s why I’m so excited about DC Shorts. From September 7 to September 17, only two miles from our Bed and Breakfast in DC, one of the biggest collection of short films in the US will take place in Washington, DC.

DC Shorts always showcases a variety of short films bringing in perspectives from all over the world. According to the film festival’s director of programming, 2017 saw a record number of short films submitted–over 1500 to be exact. This means competition was better than ever since the film fest only chooses 170 of those films to be showcased.

Films showcased range from comedies, to documentaries, to dramas, and to animated films. The short films, by definition, can’t be longer than 40 minutes, but can be as short as 60 seconds long.

Many of the film fest events are free, but even so you need a ticket to get into the venues. And if you don’t want to view the screenings in person, this year the festival allows you to buy a $30 access pass so you can watch the films online from the comfort of your home. You can find a schedule of the events and access tickets here.

Whether you’re a film buff, a family member or friend of a featured filmmaker, or visitors from out of town looking for fun things to do in DC, this film fest is going to be a worthwhile event.

And remember, American Guest House has affordable rooms and delicious homemade breakfasts just two miles from the theater where most of the screenings will occur. If you’re interested in booking a room, you can check our availability here.