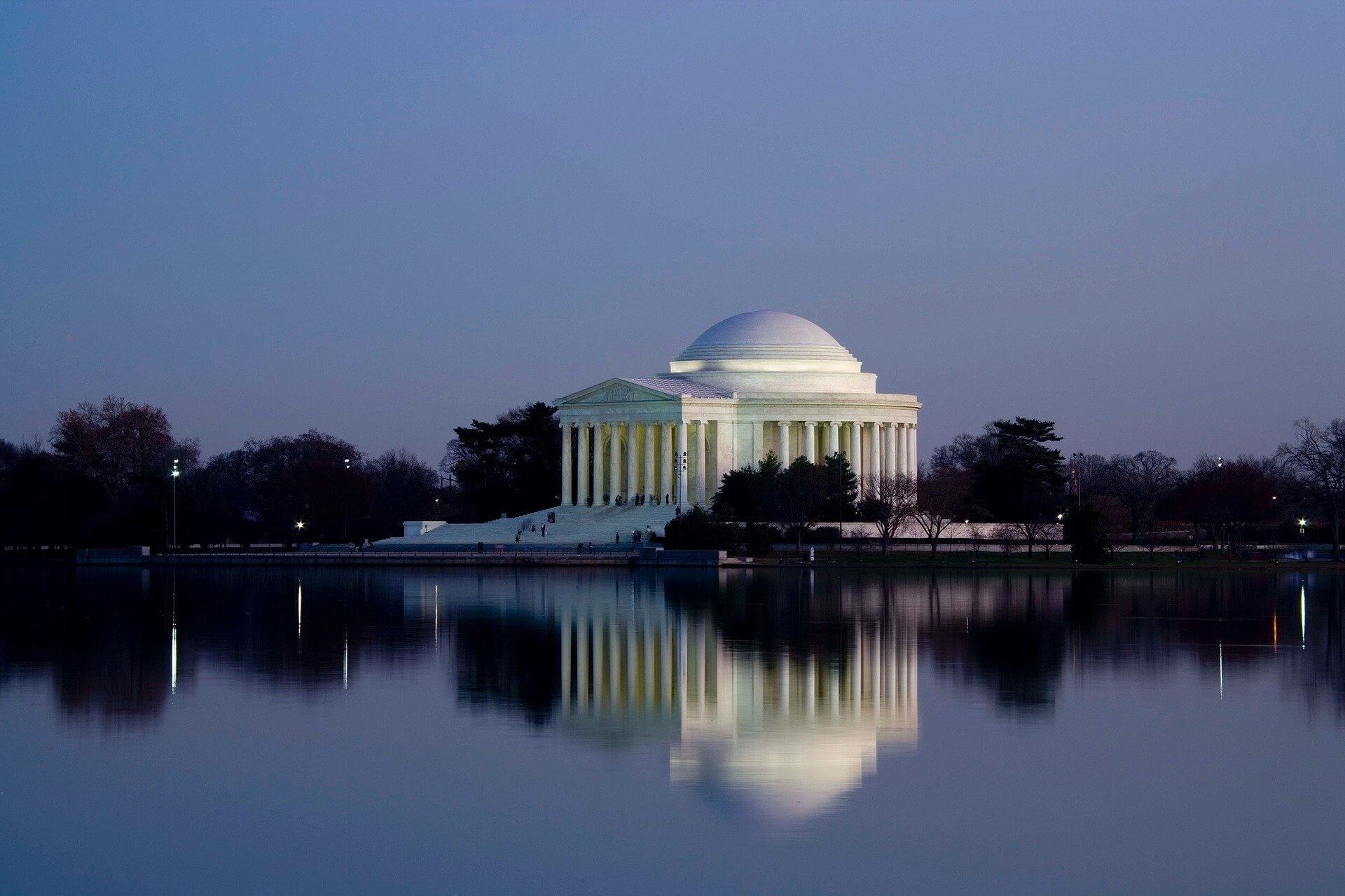 The Thomas Jefferson Memorial is a 129-foot tall marble structure in the style of classical revival architecture. It is built out of white Imperial Danby marble from Vermont. The memorial houses a 19-foot tall marble statue of Thomas Jefferson. Construction began on December 15, 1938, and the cornerstone was laid on November 15, 1939. The Jefferson Memorial was officially dedicated by President Roosevelt on April 13, 1943, the 200th anniversary of Jefferson’s birthday. At that time, the bronze statue had not yet been finished. Due to material shortages during World War II, the finished bronze statue was not installed until 1947. 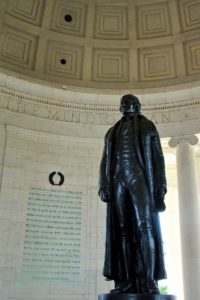 Thomas Jefferson is considered one of the most important figures in United States history. Thomas Jefferson was a spokesman for democracy, an American Founding Father, Statesman/ Diplomat, the principal author of the Declaration of Independence (1776), and the third President of the United States (1801–1809). Visit the White House’s official biography of Lincoln in order to learn more about his presidency and life.

To see a map of the National Mall and learn about the sites there click here.

Join a park ranger at the Jefferson Memorial to explore the memorial and learn about the art and symbols inside. 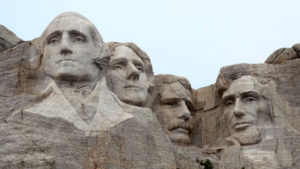 The tours typically start at 2:00 PM.

GETTING AROUND THE NATIONAL MALL

There are a lot of really great neighborhoods to eat at and explore within walking distance of the Lincoln Memorial, such as Downtown and Foggy Bottom. If you have half an hour the Georgetown Waterfront Park is a great addition to any afternoon adventure. Featuring a walking path as well as a bike lane you can take a picturesque walk by the Potomac River. Start at the Lincoln Memorial and head into Georgetown. Along this path, you will also pass the John F. Kennedy Center for the Performing Arts. The center has a free event at their Millenium Stage every night at 6 PM. To see a full schedule of current concerts and events click here.

LODGING WHILE IN WASHINGTON D.C.

We hope to have been able to help in planning your Washington D.C. itinerary. We hope to see you here with us at American Guest House, a bed and breakfast in Washington D.C. conveniently located a 12-minute drive from the Lincoln Memorial and a 10-minute walk to major food, culture, and local transport hub, Dupont Circle.