Who hasn’t had their heart broken? Or, at least one that feels like it needs some tap to put it back into one piece again. But there is a different kind of broken heart–the kind that doesn’t take two-to-tango. Cardiovascular disease is also called the heart disease–but not because it was torpedoed by an ex-relationship, but because the heart is sick. This disease involves the heart, the blood vessels or both. It is the leading cause of death worldwide particularly in low-income countries where proper medicine isn’t as accessible.

This September 13th-17th, the Cardiovascular Research Foundation (CRF) will meet for their convention at the Walter E. Washington DC Convention Center, a few blocks from our Washington DC accommodation. Perhaps within these conventions, the desire to decrease mortality rates truly succeeds as these dedicated members are educated on new techniques.

The conference is separated into 6 days with hands-on programs and special session courses. Sessions are sectioned off into different topics. Registration is now open for this event.

CRF is a non-profit organization. Their role in cardiovascular medicine is to provide research analysis and education. Because of CRF, new therapies needed to lessen the number of deaths per year are formed. Their three basic goals are: Investigate, Evaluate, and Educate. 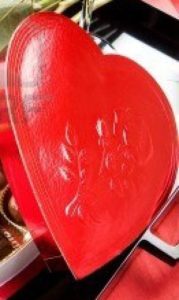